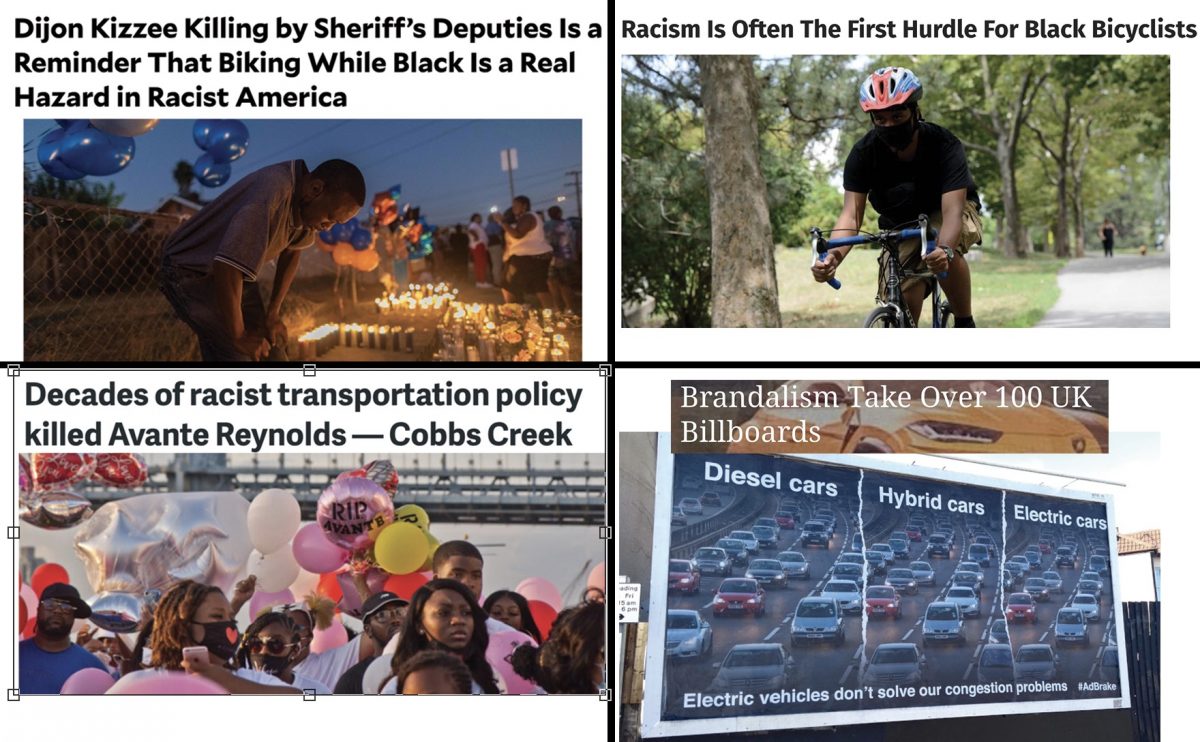 Welcome to the week.

Listed below are essentially the most noteworthy objects we got here throughout up to now eight days.

Dijon Kizzee: Los Angeles police mentioned a bicycle code violation is what prompted an altercation that ended up with them shooting and killing a Black man named Dijon Kizzee. It’s simply the most recent tragic instance of how police enforcement of traffic laws is highly biased against Black people and it has renewed requires taking visitors enforcement tasks out of police fingers.

Neighbors in opposition to freeways: The Eliot Neighborhood has revealed sturdy opposition to the I-5 Rose Quarter project based on historical research that lays naked the evil of Fifties freeway builders and implores present leaders from doubling down on their errors.

Redlined and lethal: A neighborhood in Philadelphia is speaking out about the racist transportation planning that contributed to the loss of life of 25-year-old Avante Reynolds.

Bike to high school: New York Metropolis’s chief monetary officer has proposed a cycling plan for high school students that calls free of charge bike share membership, and implementation of protected bike lanes to make up for a scarcity of public transit ridership amid the pandemic.

Tour de Finance: As you benefit from the every day battles of le Tour, learn more about the economics behind the event on this article from The Hustle.

That’ll value you: Native bike store proprietor Erik Tonkin has made waves within the bike trade for his proposal that new bikes should come with an added assembly fee that ranges from $40 to $300 per bike.

E-bike growth is nationwide: The story is identical in each nook of the nation: Electric bikes are absolutely flying off shelves — particularly when clients need to carry cargo with out all the additional exertion.

Infrastructure and race: It’s not simply racist law enforcement officials that make biking scarier for Black, Indigenous and folks of coloration — the neighborhoods the place they stay often have few bike lanes and bike shops.

ODOT is horrible, half 3,657: An audit by the Oregon Secretary of State discovered that ODOT stacked a powerful committee with freight interests and failed to get input from biking, strolling, and incapacity rights advocates.

— Jonathan Maus: (503) 706-8804, @jonathan_maus on Twitter and jonathan@bikeportland.org
— Get our headlines delivered to your inbox.
— Help this impartial neighborhood media outlet with a one-time contribution or monthly subscription.